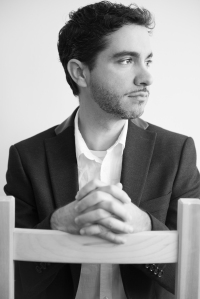 Dariel Suarez was born and raised in Havana, Cuba. In 1997, at age fourteen, he immigrated to the United States with his family during the island’s economic crisis known as The Special Period. Dariel is now the author of the novel The Playwright’s House (Red Hen Press), finalist for the Rudolfo Anaya Fiction Award, and the story collection A Kind of Solitude (Willow Springs Books), winner of the Spokane Prize for Short Fiction and the International Latino Book Award for Best Collection of Short Stories. He has also published a poetry chapbook, In The Land of Tropical Martyrs (Backbone Press).

Dariel is an inaugural City of Boston Artist Fellow and the Education Director at GrubStreet, the country’s largest independent creative writing center. His prose was awarded the First Lady Cecile de Jongh Literary Prize and has appeared in Best American Essays, The Threepenny Review, The Kenyon Review, Prairie Schooner, Michigan Quarterly Review, LitHub, Southern Humanities Review, North American Review, Third Coast, The Massachusetts Review, and The Caribbean Writer, among others. Dariel earned his MFA in Fiction at Boston University and now resides in the Boston area with his wife and daughter. He’s currently at work on a second novel about the effects of human trafficking, migration, and the broken promises of the American dream through the lens of an intercultural family.

6 thoughts on “About Dariel”